Monika Dhok talks about her trip to Austin to present a paper at ICSE ’16.  Monika is a Ph.D. student at CSA advised by Muralikrishna Ramanathan.

This blog is about my recent travel to Austin to attend a conference on Software Engineering. Even before the journey started, I knew it would be once in a lifetime experience since I was travelling alone for the first time. I made reservations with British Airways. By the time I landed in Austin, it was already dawning. Since I was in hurry to reach the hotel, without exploring many options available for commute from the airport, I decided to hire a yellowcab, a commonly used cab service in Austin. During conference days, I planned my stay at Candlewood Suites as it was nearby the conference venue.It’s located in a nice area and is safe for travelling alone. Though it is far from downtown, one can commute easily using metro bus  which is very convenient and cheap. I didn’t get much time to roam around the city during the conference, but afterwards I took some exciting tours.

The conference was held from 14th May to 22nd May, 2016. I gave a paper presentation based on our work on “Type Aware Concolic Testing of JavaScript Programs”. Concolic testing is a technique that performs symbolic execution that treats program variables as symbols, along with concrete execution which monitors input values along a certain path. To start with, Concolic testing was proposed for statically typed languages. We observe that when this technique is applied to JS programs, huge number of tests are generated. The goal of this work is to introduce type awareness in Concolic testing to reduce the total number of generated tests for JS programs. The newly generated test suite does not compromise on bugs detected and achieved coverage. This work was presented in symbolic execution, a technical research track.

This tool is implemented on top of Jalangi framework. After the talk, I met graduate students who are working on the same framework and discussed what analyses they are implementing. Presenting at the conference allowed me to receive useful feedback on my work. Discussions with researchers in the area of software engineering were very helpful. I got the opportunity to meet researchers like Xiangyu Zhang, Michael Pradel and Satish Chandra who work in similar areas. I also discussed with them other problems that I was planning to work on and was glad with their positive feedback. There were several sessions on program analysis and related techniques. These sessions were equally helpful as they were relevant to my research interests.

After the conference, I had planned to stay at an Airbnb place which was another great experience. The place had way more than average amenities for guests right from toothbrush to breakfast. My exploration began with a day tour to the city. I came to know about duck tours from some blogs online and I decided to give it a shot. This ride was accompanied with a cool guide who was briefing various stories about places around the streets of Austin. During the tour, this bus suddenly gets in to the Austin lake, a water reservoir on the Colorado river and the place is scenic. I also traveled to San Antonio, a city in south Texas with rich colonial heritage. The main tourist attraction in San Antonio is the river walk which is the walkway along the banks of the San Antonio River lined by bars, shops and restaurants. On the way to San Antonio, I also visited San Marcos mall for shopping. The place is huge with several stores and is a must visit for shopping fans. 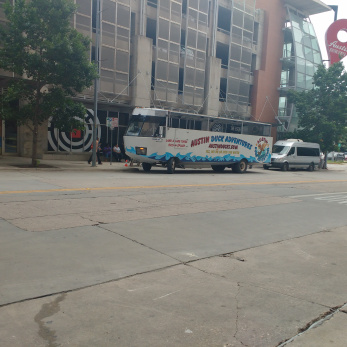 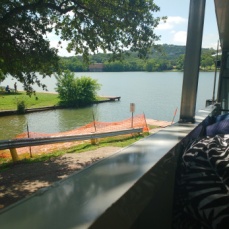 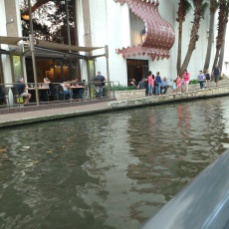 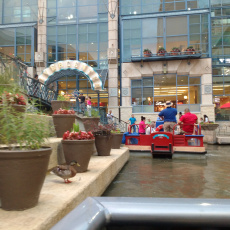 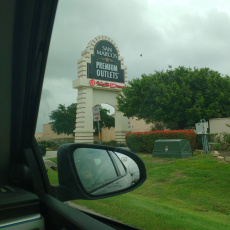 I am very much thankful to Microsoft Research and ACM Sigcaps for funding this travel. The published work is available at http://dl.acm.org/citation.cfm?id=2884859